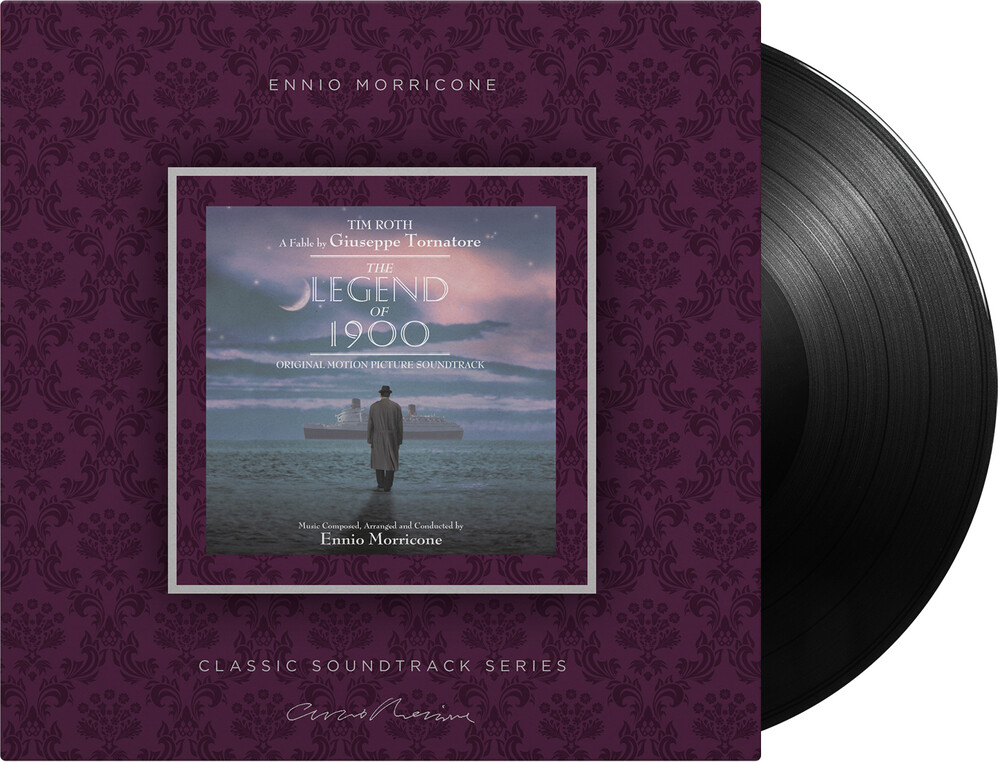 Ennio Morricone composed and arranged scores for more than 500 film and television productions, making him one of the most influential and best-selling film composers since the late Fifties. Throughout his career, Morricone received an unprecedented amount of awards, including Grammys, Golden Globes and BAFTAs. Ennio Morricone has influenced many artists including Danger Mouse, Dire Straits, Muse, Metallica, Radiohead, Hans Zimmer, and many more.The Legend of 1900 (Italian: La Leggenda Del Pianista Sull'oceano) is a 1998 Italian drama film directed by Giuseppe Tornatore and starring Tim Roth, Pruitt Taylor Vince, and Melanie Thierry. The film is inspired by Novecento, a monologue by Alessandro Baricco. The Legend Of 1900 was nominated for a variety of international awards, winning several for it's soundtrack, including a Golden Globe for Best Original Score - Motion Picture. This release includes the song 'Lost Boys Calling' featuring Roger Waters & Eddie van Halen.The Legend of 1900 is available on black vinyl and contains an insert.
All New Items on flyvintageandvinyl.com are Priced Below MSRP
and do not reflect our in-store prices and are not necessarily in stock at our physical store.
In fact, most items won’t be because we’re a small, family run business and don’t have space to stock nearly 500,000 new titles.