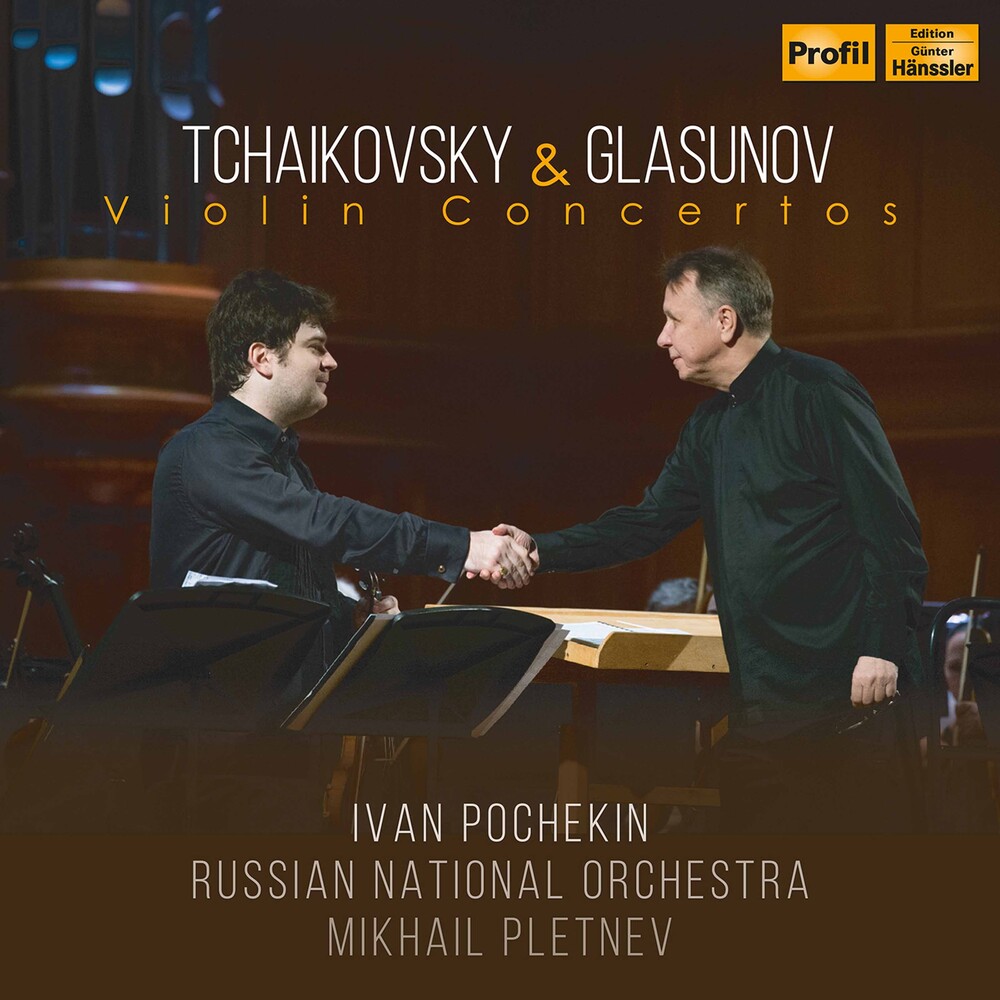 This recording features the works of Russian composers who were outstanding personalities in the musical life of their country during their lifetime: The Violin Concerto in D major, op. 35, by Tchaikovsky and the Violin Concerto in A minor, op. 82, by Glazunov. Each of the two composers wrote only one concerto for violin and orchestra respectively, as did Beethoven or Brahms as well. The two concertos by Tchaikovsky and by Glazunov each quickly gained admirers in the West. The image of Tchaikovsky is well-known, who closely emulated Western European music, especially music originating in Italy, France and Germany. Glazunov, who had no conservatory training, acquired his skills as a composer with Rimsky-Korsakov. He was one of the members of the "Mighty Handful" of five composers who banded together in Saint Petersburg in 1862 and called themselves novators, or innovators. They championed and strongly supported a national style of Russian classical music. There were therefore contrasts in style at the time. Yet Tchaikovsky, who was accused of "Western leanings", was also an adherent of other contemporary Russian composers and his stance towards the novators was generally positive, though differentiated. And Glazunov, the pupil of Rimsky-Korsakov? The attitude he upheld was based on the maxim: "I am possessed by music." To use the slightly overstated words of Vladimir FĂŠdorov: "Glazunov can be seen as a type of musician who thinks only in musical terms, 'feels' through music and knows of no other interests than this music... to him in music there is nothing else but themes, rhythms, development, form, plasticity of the musical material and tonal color of the orchestra. He thus focused almost exclusively on instrumental music, which thanks to it's brilliance ensured him a special position among Russian composers of his day."
All New Items on flyvintageandvinyl.com are Priced Below MSRP
and do not reflect our in-store prices and are not necessarily in stock at our physical store.
In fact, most items wont be because were a small, family run business and dont have space to stock nearly 500,000 new titles.

International Orders, Box Sets and Larger Items
may incur an additional shipping fee and well notify you by email before we process your order. Customs forms for international orders are marked as "Merchandise"
and we are not responsible for any additional customs fees when packages arrive at their destination country. Select items aren't allowed to be shipped outside the U.S.
and well issue a refund for these if export restrictions apply. We reserve the right to limit quantities on select items.
This website uses cookies to personalize content and analyse traffic in order to offer you a better experience.
I accept Learn More
back to top