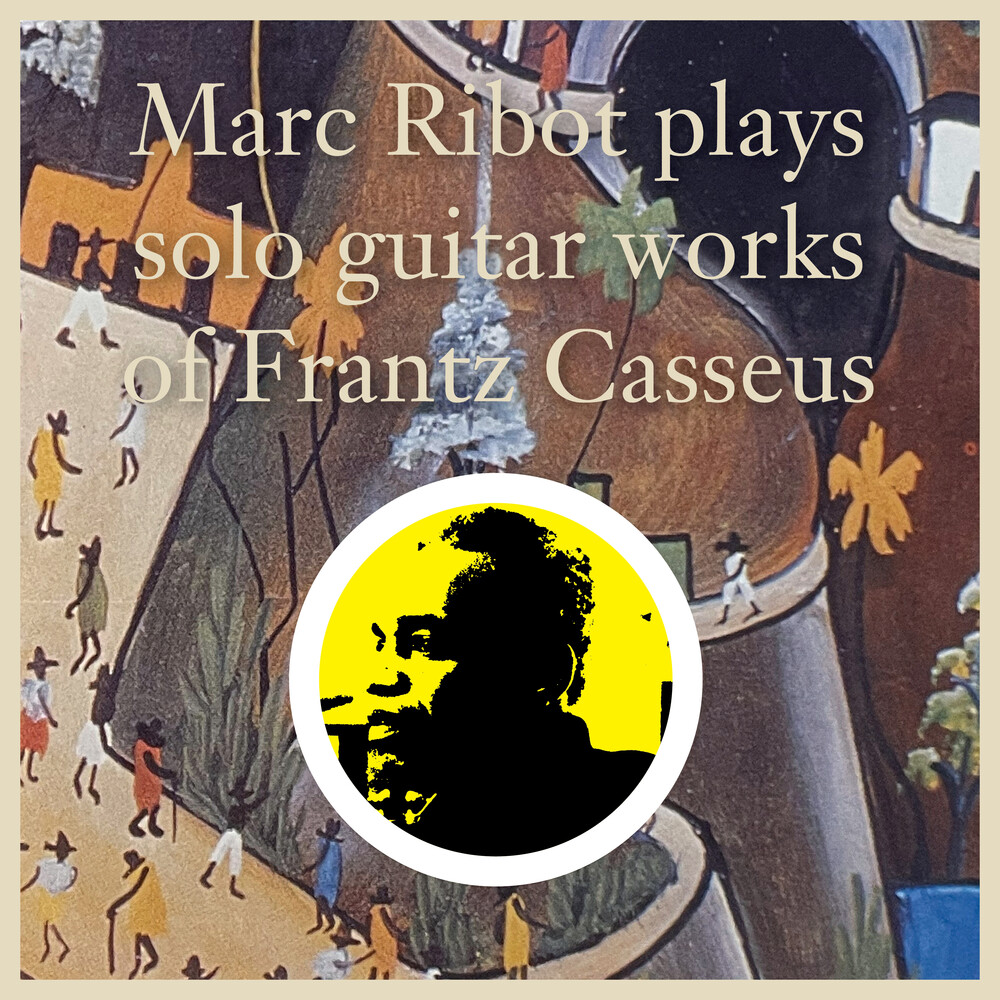 Long before Marc Ribot made a name for himself as a pioneering force in NYC's downtown music scene, and as guitarist for luminaries like Tom Waits, Wilson Pickett and The Lounge Lizards, he began his guitar studies as a teenager with close family friend, the Father of Haitian classical guitar, Frantz CassĂ©us. In 1946, Frantz came to NYC from his native Port-au-Prince, Haiti with the ambition to compose a distinctly Haitian classical guitar music, to fuse the European classical tradition with Haitian folk elements as Heitor Villa-Lobos had done with his native Brazil's and as BĂ©la BartĂłk had done with Hungarian folk songs. His three recordings, Haitian Folks Songs (1953), Haitian Dances (1954) and Haitiana (1969) were released on Folkway Recordings (and since reissued by Smithsonian Folkways) and his compositions have been covered by artists worldwide including the song "Merci bon dieu" by Harry Belafonte.In effort to preserve Frantz's musical legacy, Marc edited a collection of Casseus' solo guitar compositions, and performed those same pieces on his 1993 album "Marc Ribot Plays Solo Guitar Works of Frantz Casseus". This remastered and expanded edition, with three additional bonus tracks recorded in 2020, marks the first time Marc's interpretations of this work is available on vinyl. Also available again on CD
All New Items on flyvintageandvinyl.com are Priced Below MSRP
and do not reflect our in-store prices and are not necessarily in stock at our physical store.
In fact, most items won’t be because we’re a small, family run business and don’t have space to stock nearly 500,000 new titles.