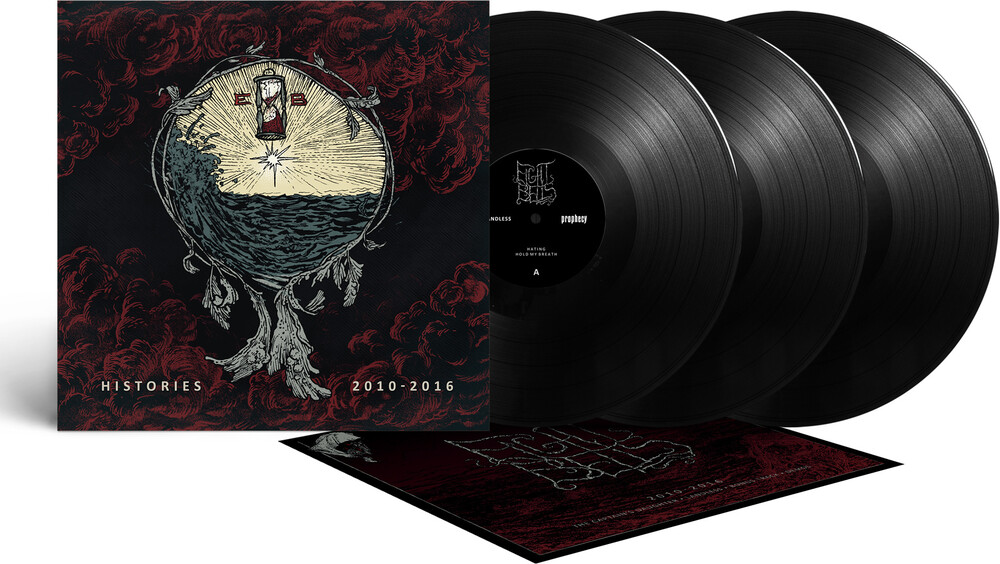 Eight Bells will reissue their first two albums "The Captain's Daughter (2013), which included re-worked material from the debut EP "Isosceles" (2011), and "Landless" (2016) parallel to the release of the forthcoming new third full-length "Legacy of Ruin" (2022) joined together under the title "Histories 2010 - 2016". The double-CD and triple vinyl editions will also contain the bonus track 'Purgatory' and five demo versions of songs from both albums. Eight Bells were conceived as the brainchild and songwriting project of Melynda Jackson in 2010. The guitarist and vocalist named the band after the final album of her previous act, SUBARACHNOID SPACE. While the trio evolved through several line-up changes in the beginning, Melynda is now supported by vocalist and bass player Matt Solis (CORMORANT, URSA) Brian Burke (NO SHORES, CAVE DWELLER) on drums. Eight Bells breaks from the pack by exploring the natural tones and grand visions of the 1970s as reflected in the influences that she cites, which include early prog and krautrock trailblazers such as GENESIS, AMON D√ú√úL II, POPOL VUH, MAGMA, RUSH, the ambient minimalist composers in the realm of BRIAN ENO and STEVE REICH as well as the progressive ends on the spectrum of black, doom, and death metal such as ENSLAVED, ULVER, DEATH, YOB, and EMPEROR to name but a few. Following the release of the "Isosceles" EP (2011), Eight Bells gained international recognition for their debut album "The Captain's Daughter (2013)" and tour support for SUBROSA across North America. With their sophomore full-length "Landless" (2016), Eight Bells consolidated their reputation as one of the up and coming acts, joined VOIVOD in the US and received an invitation to Psycho Las Vegas, which the trio gladly accepted. Tracklist: Landless 01. Hating 02. Hold My Breath 03. Landless 04. The Mortal's Suite 05. Touch Me Captain's Daughter 06. Tributaries 07. Fate and Technology 08. The Captain's Daughter 09. Yellowed Wallpaper Bonus - feat. Kris Force 10. Purgatory Landless Demo 11. Hating 12. Landless 13. Touch Me 14. Tributaries 15. The Captain's Daughter 16. Yellowed Wallpaper
All New Items on flyvintageandvinyl.com are Priced Below MSRP
and do not reflect our in-store prices and are not necessarily in stock at our physical store.
In fact, most items wonít be because weíre a small, family run business and donít have space to stock nearly 500,000 new titles.