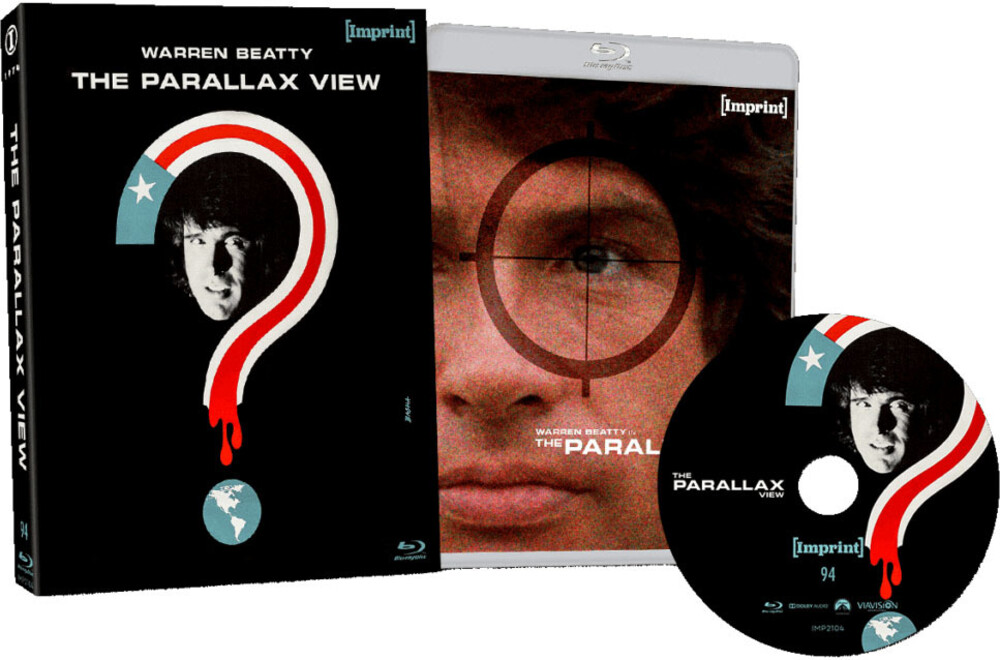 There is no conspiracy. Just twelve people dead. First time release on Blu-ray Worldwide! The Parallax View, a superb drama about one man's paranoia that turns out to be total, incredible fact, ranks amount the best political thriller s. Warren Beatty is a news reporter who, along with seven others, witnesses the assassination of a political candidate. When the other seven die in "accidents," the newsman begins to doubt the official position that a lone madman was responsible for the crime. He imagines a sophisticated network of highly trained murderers. But his nightmares pale against the bizarre truth he uncovers. "This is one of the best political thrillers of the 1970s." - New York Guide Magazine Special Features and Technical Specs: NEW 4K restoration from the 35mm original camera negative; NEW Audio commentary by film historian Kevin Lyons; NEW Audio commentary by film critic Blake Howard; NEW Interview with film critic Kim Newman; NEW video appreciation by British broadcaster Matthew Sweet; NEW "The Parallax View - Witness To A Conspiracy" video essay by Chris O'Neill; Theatrical Trailer; Original Aspect Ratio 2.35:1; Audio English LPCM 1.0; Optional English subtitles; Limited Edition slipcase on the first 2000 copies with unique artwork.
All New Items on flyvintageandvinyl.com are Priced Below MSRP
and do not reflect our in-store prices and are not necessarily in stock at our physical store.
In fact, most items won’t be because we’re a small, family run business and don’t have space to stock nearly 500,000 new titles.