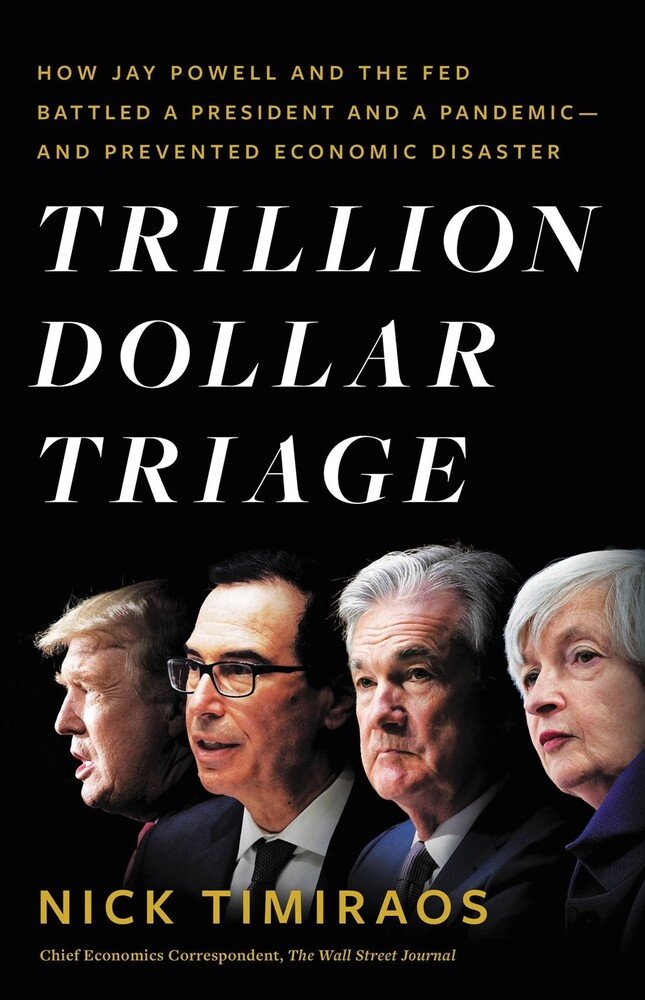 By February 2020, the U.S. economic expansion had become the longest on record. Unemployment was plumbing half-century lows. Stock markets soared to new highs. One month later, the public health battle against a deadly virus had pushed the economy into the equivalent of a medically induced coma. America's workplaces-offices, shops, malls, and factories-shuttered. Many of the nation's largest employers and tens of thousands of small businesses faced ruin. Over 22 million American jobs were lost. The extreme uncertainty led to some of the largest daily drops ever in the stock market. Nick Timiraos, the Wall Street Journal's chief economics correspondent, draws on extensive interviews to detail the tense meetings, late night phone calls, and crucial video conferences behind the largest, swiftest U.S. economic policy response since World War II. Trillion Dollar Triage goes inside the Federal Reserve, one of the country's most important and least understood institutions, to chronicle how it's plainspoken chairman, Jay Powell, unleashed an unprecedented monetary barrage to keep the economy on life support. With the bleeding stemmed, the Fed faced a new challenge: How to nurture a recovery without unleashing an inflation-fueling, bubble-blowing money bomb? Trillion Dollar Triage is the definitive, gripping history of a creative and unprecedented battle to shield the American economy from the twin threats of a public health disaster and economic crisis. Economic theory and policy will never be the same.
All New Items on flyvintageandvinyl.com are Priced Below MSRP
and do not reflect our in-store prices and are not necessarily in stock at our physical store.
In fact, most items won’t be because we’re a small, family run business and don’t have space to stock nearly 500,000 new titles.