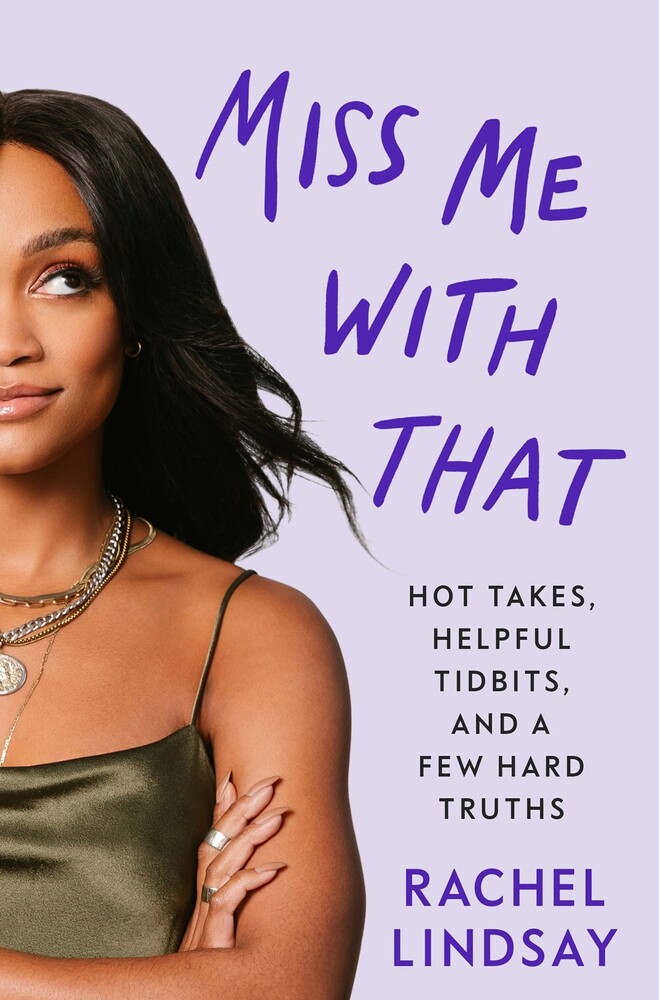 Rachel Lindsay rose to prominence as The Bachelor's first Black Bachelorette and has since become one of the franchise's most well-known figures - and outspoken critics. But there has always been more to Lindsay than meets the eye, and in this book, she finally tells her own story, in her own words. In wide-ranging essays, Lindsay opens up about her experience on ABC's hit show and reveals everything about her life off-camera, from a childhood growing up in Dallas, Texas, as the daughter of a US district judge, to her disastrous dating life prior to appearing on The Bachelor, to her career in law, and the decision to become a reality-TV contestant. She also brings a sharp wit and keen intellect to weigh in on issues such as the lack of diversity in reality television and the importance of political engagement, protest, and the Black Lives Matter movement. Told in the down-to-earth, no-nonsense voice she's become known for, Lindsay's book of essays provides an intimate look at the life of one of reality TV's most beloved stars, as well as advice and inspiration that will make her a role model for anyone who has ever struggled to find their way in love and life. As she says, "Contrary to popular belief, the best gift I ever received was not a wedding ring. It was the permission I gave myself to be imperfect." And if you don't believe her, you know the saying: Miss me with that.
All New Items on flyvintageandvinyl.com are Priced Below MSRP
and do not reflect our in-store prices and are not necessarily in stock at our physical store.
In fact, most items won’t be because we’re a small, family run business and don’t have space to stock nearly 500,000 new titles.